Reversible obstructive airway diseases, such as asthma and some types of COPD, are considered major burdens on the healthcare system because their prevalence has been steadily increasing, at least since the 1970s[1].

According to the Centers for Disease Control and Prevention, 1 in 13 Americans has asthma. On the other hand, the COPD National Action Plan released by the National Institutes of Health in 2017 reported that there were around 16 million Americans suffering from COPD, with millions more undiagnosed cases.

Reversible obstructive airway diseases are incurable. However, they can be effectively managed with medications and lifestyle changes. Effective management of these diseases means finding the minimum treatment that controls airflow obstruction and other symptoms, prevents severe attacks, and helps patients resume a normal life.[2] In most cases, this requires using a bronchodilator and/or anti-inflammatory medication.

Since these lung diseases often cause bronchospasm (tightening of the airways that reduce the airflow by at least 15%), leading to shortness of breath, the treatment plan devised for a patient often involves both rescue and long-acting drugs. As evident from the names, rescue drugs provide instant relief from bronchospasms, whereas long-acting ones help manage symptoms and limit or slow down the progression of the disease, in the long run.

While there are many different drugs available for reversible obstructive airway diseases, beta 2-agonists, when administered via inhaled route, provide the best results[3].

Ventolin HFA, one of the brand names for albuterol sulfate (also called salbutamol), is a selective beta-adrenergic bronchodilator that only activates the beta-2 receptors on the muscles that surround the airways. The activation of these receptors causes the muscles to relax, which in turn dilates the airways and provides relief from dyspnea (the medical term for shortness of breath)[4].

Ventolin HFA is also a short-acting drug, which means it starts working within minutes after inhalation.

What is Ventolin HFA Used for?

The drug is also indicated to prevent exercise-induced bronchospasm.

Is There an Age Limit for Using Ventolin HFA?

Yes! Ventolin HFA cannot be used in pediatric patients under 4 years of age.

How is Ventolin HFA Supplied?

Ventolin HFA comes in the form of an inhalation aerosol that delivers a metered dosage of salbutamol i.e. 180 mcg, in each actuation.

The inhaler is available in two sizes, with 60 and 200 actuations.

Just like most other medicines, the right dosage of Ventolin HFA may vary across patients depending on the severity of the disease, overall health, and the body’s response to the drug. Therefore, it is highly recommended to consult your doctor to determine the right dosage for yourself and stick to that for as long as prescribed.

In most cases, however, the treatment with Ventolin HFA is initiated with the following dosages:

2 inhalations of Ventolin HFA to be taken after every 4 to 6 hours is the standard prescribed dosage to get relief during acute episodes of bronchospasm and to prevent symptoms associated with them. In some patients, however, a lower dosage of 1 inhalation repeated every 4 hours may provide sufficient control. This is why it is recommended that you consult a doctor for determining the right dosage for yourself.

People suffering from this type of bronchospasm are generally recommended to take 2 inhalations of Ventolin HFA about 15 to 30 minutes before exercising.

Important Information Regarding Ventolin Use

Here are some important things that you need to know and follow while using Ventolin HFA aerosol spray:

What to Tell Your Doctor before Using Ventolin?

It is common knowledge that you shouldn’t use Ventolin HFA if you are allergic to any of the ingredients present in the drug or to albuterol sulfate, in general. However, there are a few more things that need to be considered to determine the safety of the drug for each patient. Therefore, make sure to tell your doctor about all other health conditions you may be suffering from and all the medicines you take, whether they are prescription, non-prescription, herbal, or dietary supplements.

In particular, make sure your doctor knows if you have any of the following:

Notify Your Doctor about Pregnancy

Tell your doctor if you are pregnant or planning to get pregnant.

Although the research regarding the effects of Ventolin HFA (or albuterol sulfate) on the fetus is inadequate to make generalized conclusions, various congenital problems have been reported in the babies of the women treated with the drug. These mainly include limb defects and cleft palate. However, researchers and healthcare practitioners have not yet established a clear relationship between the use of albuterol sulfate and birth defects, mainly due to the lack of a consistent pattern in them.

Nursing mothers should also consult their doctor about the safety and effects of Ventolin HFA for the baby.

Here are some of the drugs that may alter the effects of albuterol sulfate, so make sure to tell your doctor if you are using any of them:

Potential Side Effects of Ventolin HFA

Some patients may experience a few negative effects with Ventolin use. Common side effects of Ventolin HFA include:

Serious Side Effects of Ventolin

Get emergency medical help if you experience any of the following conditions while using this bronchodilator:

Although Ventolin HFA inhaler isn’t much expensive, GSK offers assistance to people who are uninsured or have Medicare part D and need help paying for their bronchodilator.

In order to be eligible for the GSK Patient Assistance Program, you have to meet the following criteria:

Here’s the maximum income requirement set out by GSK in order to be eligible for its patient assistance programs: 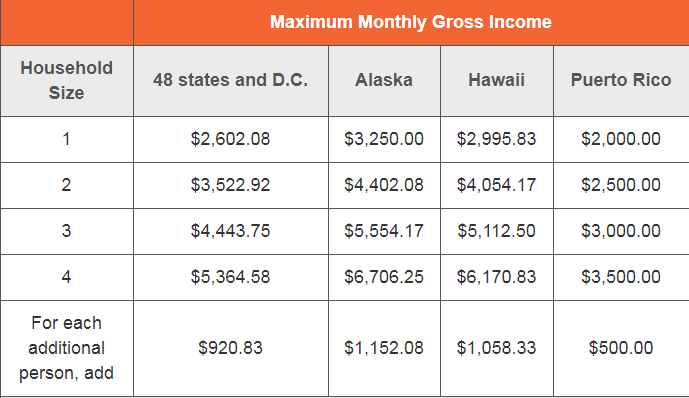 Do not qualify for any of these programs?

Many pharmacies also offer drug savings programs for uninsured and underinsured patients. Here are a couple of them:

Fill Out the form to start saving on your medication today